Music TogetherⓇ is an early childhood music and movement program, supported by decades of research with over 3,000 locations in 40+ countries.

Joining our family music classes is the perfect way to make timeless memories and create fresh bonds with your little one. Music Together® classes bring together parents, teachers, and caregivers, instill a sense of community and help children become intuitively emotionally intelligent, good communicators, leaders and music makers.

In a judgment-free, cross cultural, plurilingual, diverse environment, everyone is invited to unleash their creative selves and have constructive fun.

As a parent, you want to give your baby the very best and actively making music is important for his or her overall development. Music Together is the essential aid that helps young children learn through active exploration and live, meaningful interaction with the grownups they love

We can help your child grow into a confident music-maker while also tapping into all the developmental benefits that music brings such as:

Classes are held in English. We welcome all children from 0 to 5 years old. In this class, children will grow to develop language, social, psysical, emotional and motor skills.

We welcome families with infants from birth through 9 months of age. In this class, the activities are specifically designed to teach you how to support music development in infancy and how to connect with your baby through music using methods such as “purposeful touch,” “sound-layering,” “dancing for baby,” and more.

This class supports the work of the classroom teachers, engages students and parents giving children what they need to grow musically. Our comprehensive curriculum and proven program model can be integrated into any school environment, from childcare and preschool settings to public, independent, and faith-based schools.

Classes in Italian and Spanish

These specific classes are held in these foreign languages with additional resource materials in the foreign language version. This offers our little Italian and Spanish friends the opportunity to continue to use their language in a playful, experiential and holistic way and at the same time it strengthens their sense of community and belonging.

If you require a type of class not listed here, please view our full list of classes (link: https://www.musictogether.com/parents) and feel free to contact us to discuss your needs.

In family classes, parents and caregivers learn together with their children and then they can re-create the fun at home with our recordings and songbooks. To find out more please click here. (link a classes)

Our schools’ curriculum is deeply integrated into the classroom experience all day long and then continues at home as family members use our music and home materials to further engage children. To find out more please click here. (link a classes)

While Music Together’s Mixed-age Class is not therapeutic intervention, children with special needs, including physical, cognitive, or neurological impairments, are welcome and often thrive in Music Together Mixed-age Classes, with our “accept and include” philosophy, our understanding of developmentally appropriate practice, and our respect for different learning styles.

She has had a lifelong relationship with music which began at 3 when she started doing ballet and later at 5 when she began singing in a choir. Since then, the rest it’s history but here are a few of her music and movement related major milestones:

1996 – Started attending the Theatre Lab and at 16 she started working for “Il laboratorio” (The Laboratory), a contemporary theater and dance company in Bologna.

2009 – Qualified as  a Music Together certified Teacher. Since, Elena continued to teach at Music Together’s Italian largest centre in Bologna.

2014 – Qualified as a Music Together Center Director and opened her own centers in Medicina and Molinella in Italy.

2018 – Founded LEA Growing People, a coaching and mentoring organization for individual, families and corporate and incorporated Music Together Sol Mi Do.

SIBLINGS
Families  are required to pay the full enrollment for the first child only, any other 1+ year children’s registrations will occur at a minimal fee.

Refer a friend and win Up To 1,000 AED CashBack
How Does It Work: 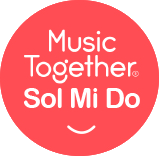 Dear Elena, thank you again for a fantastic term of music.
You put so much love and effort into the music which is so inspirational and Exactly what I want for my daughter.

Find out more about
MUSIC TOGETHER

This site uses cookies. By continuing to browse the site, you are agreeing to our use of cookies.

We may request cookies to be set on your device. We use cookies to let us know when you visit our websites, how you interact with us, to enrich your user experience, and to customize your relationship with our website.

Click on the different category headings to find out more. You can also change some of your preferences. Note that blocking some types of cookies may impact your experience on our websites and the services we are able to offer.

These cookies are strictly necessary to provide you with services available through our website and to use some of its features.

Because these cookies are strictly necessary to deliver the website, refusing them will have impact how our site functions. You always can block or delete cookies by changing your browser settings and force blocking all cookies on this website. But this will always prompt you to accept/refuse cookies when revisiting our site.

We fully respect if you want to refuse cookies but to avoid asking you again and again kindly allow us to store a cookie for that. You are free to opt out any time or opt in for other cookies to get a better experience. If you refuse cookies we will remove all set cookies in our domain.

We provide you with a list of stored cookies on your computer in our domain so you can check what we stored. Due to security reasons we are not able to show or modify cookies from other domains. You can check these in your browser security settings.

These cookies collect information that is used either in aggregate form to help us understand how our website is being used or how effective our marketing campaigns are, or to help us customize our website and application for you in order to enhance your experience.

If you do not want that we track your visit to our site you can disable tracking in your browser here:

We also use different external services like Google Webfonts, Google Maps, and external Video providers. Since these providers may collect personal data like your IP address we allow you to block them here. Please be aware that this might heavily reduce the functionality and appearance of our site. Changes will take effect once you reload the page.

The following cookies are also needed - You can choose if you want to allow them: